I can’t believe Luna turns 3 months old this week. The past 90 days are a blur. The days were long, but the weeks flew by.

As I was reflecting on the past 3 months, I couldn’t help but think about some of the “tools” that made the journey much easier and more enjoyable.

In an attempt to help an expecting parent, I wanted to write out a list of items that made the biggest difference for us in the first 3 months of Luna’s life.

Here they are in no particular order.

Around week 5, we were convinced Luna didn’t like to be swaddled. She was getting bigger and stronger and it became easier for her to fight her way out of the swaddles we were using.

Unfortunately for us, every nap was getting cut short because her startle reflex was waking her up.

We had to figure out a better way. At first, we tried to swaddle her with one arm out. Then we tried two arms out. Then we used larger cuts of the same cloth. None of it worked.

Then we found the Ollie Swaddle. The Ollie is made from stretchy material and uses velcro to make sure the swaddle stays in place. The combination of those two things means you can fasten the swaddle super tight, but still let the baby feel like their movement isn’t restricted. 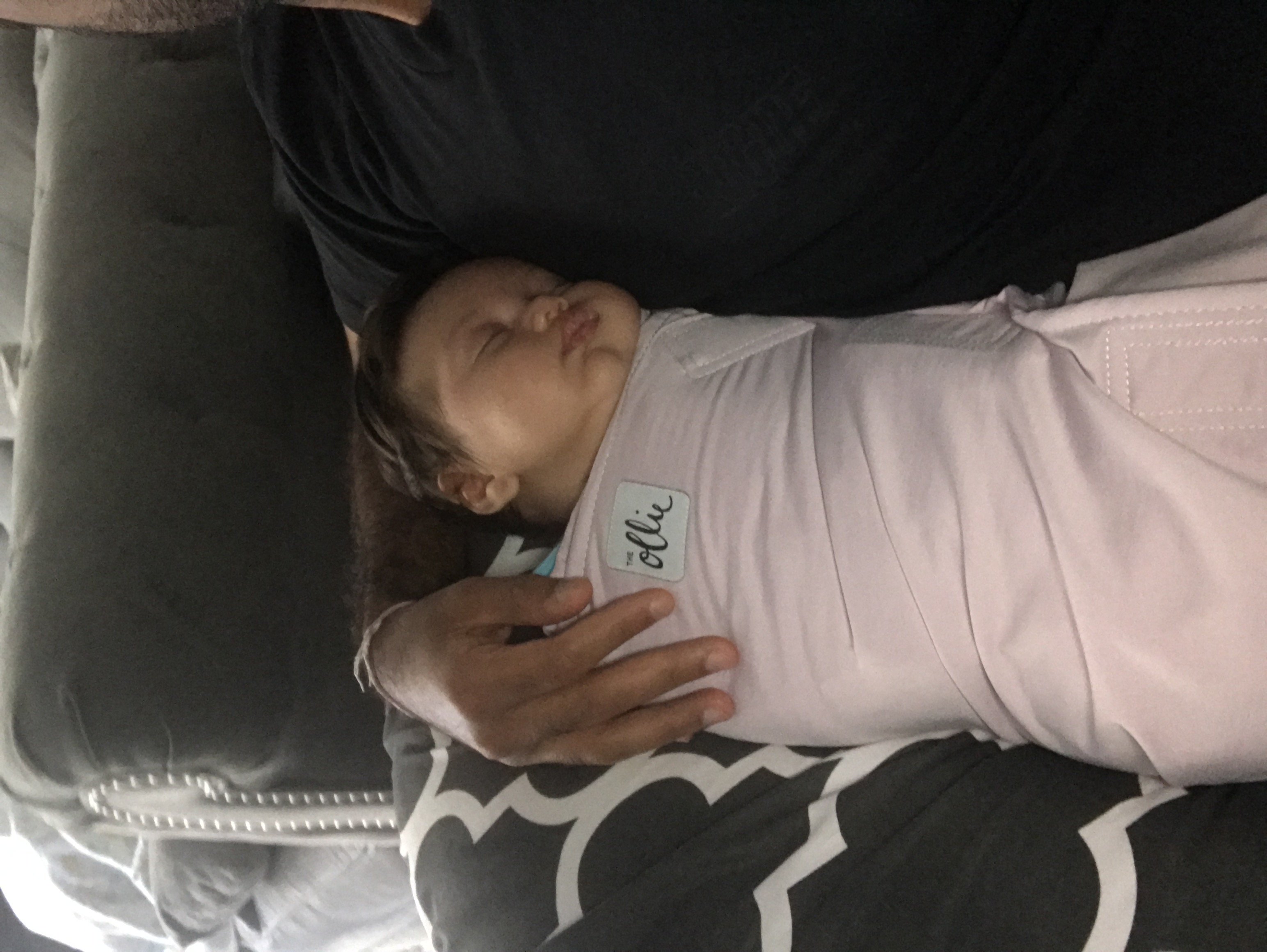 We were hesitant to buy it because it’s kind of expensive at $60 for one swaddle and $110 for two.

We ended up finding a discount code for 10% off: OLLIEFRIEND.

After a rough week or two, we pulled the trigger and now wish we had done it sooner.

We received the Mika Micky Bedside Sleeper as a gift off our registry. We wanted this specific side sleeper because it latches on to the bed, making it easier for moms to nurse in the middle of the night. However, we have yet to use this feature.

The reason why I love this side sleeper so much is because it has wheels! In the first few weeks, Luna was sleeping 16-20 hours a day. She was ALWAYS in the side sleeper.

We asked around for recommendations on baby monitors and the feedback was mixed. The decision came down to one feature: online or offline.

Online enabled cameras allow you to see the baby from any cell phone. Offline cameras come with one monitor that has to stay within a certain range to display the image.

Being able to view the camera on our cell phones seemed like a nice idea. But the idea of someone hacking into our monitor and talking to our baby or snooping in on our lives was just too creepy.

We decided to stay offline.

We went with the Infant Optics DXR-8 Video Baby Monitor with Interchangeable Optical Lens. We also got the mount bracket so we can attach it to the side sleeper.

Rocking chairs get a lot of mileage in the first 3 months. Between feeding the baby and extending naps, a rocking chair can be used for up to 6 hours per day. It’s important you get one that’s super comfortable. 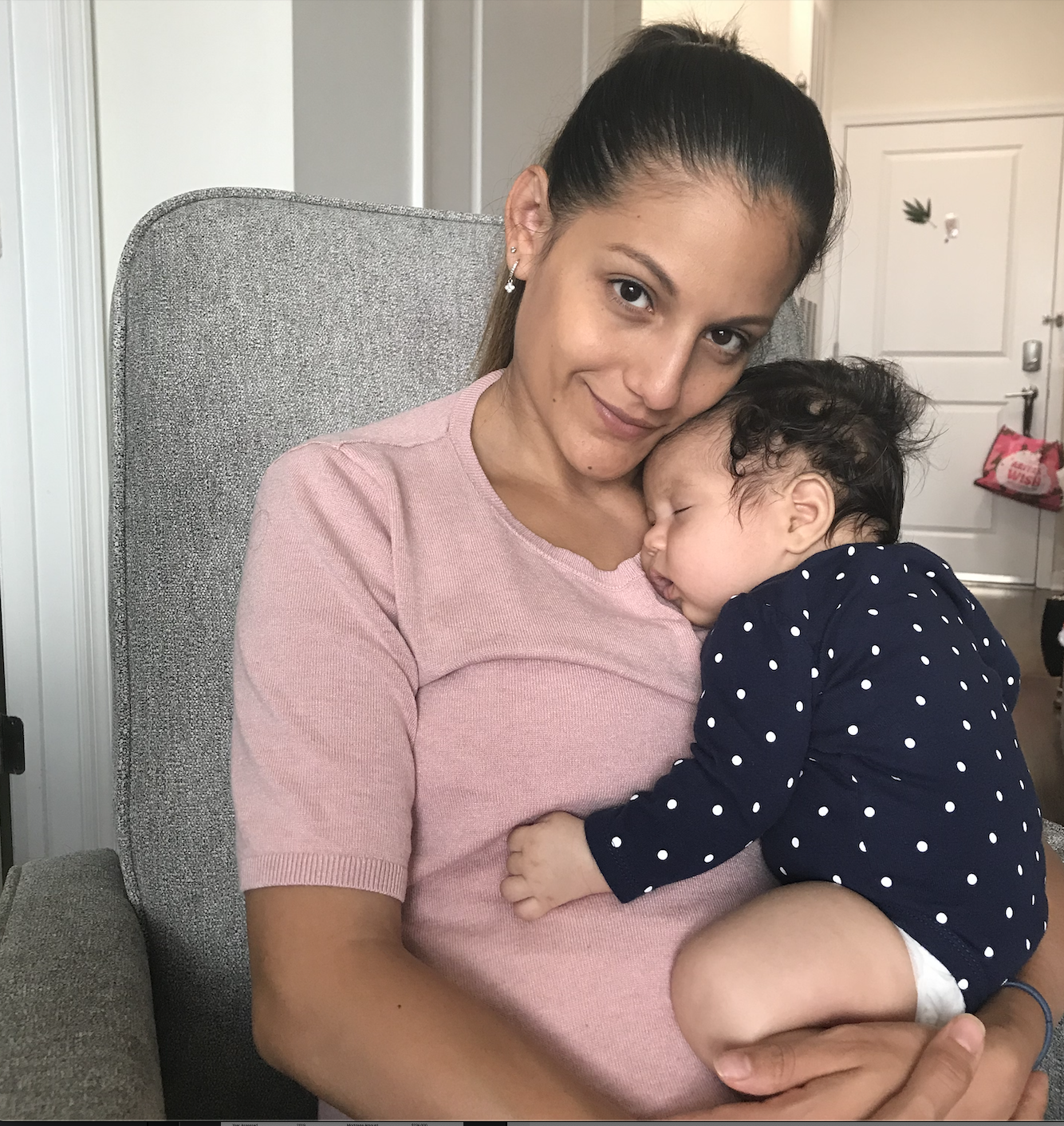 We have the DaVinci Sierra Swivel Glider in Heathered Grey with Gliding Ottoman. Although it’s really comfortable, I wish we got a rocking chair that also reclined.

Luna loves her bouncer. We have the BabyBjorn Bouncer Bliss.

We put her in the bouncer every single morning after her 7am feed and most evenings before her bath.

The bouncer is a great way for us to get her out of our hands without laying her down. She will start crying almost immediately if we lay her down before she’s ready for a nap. 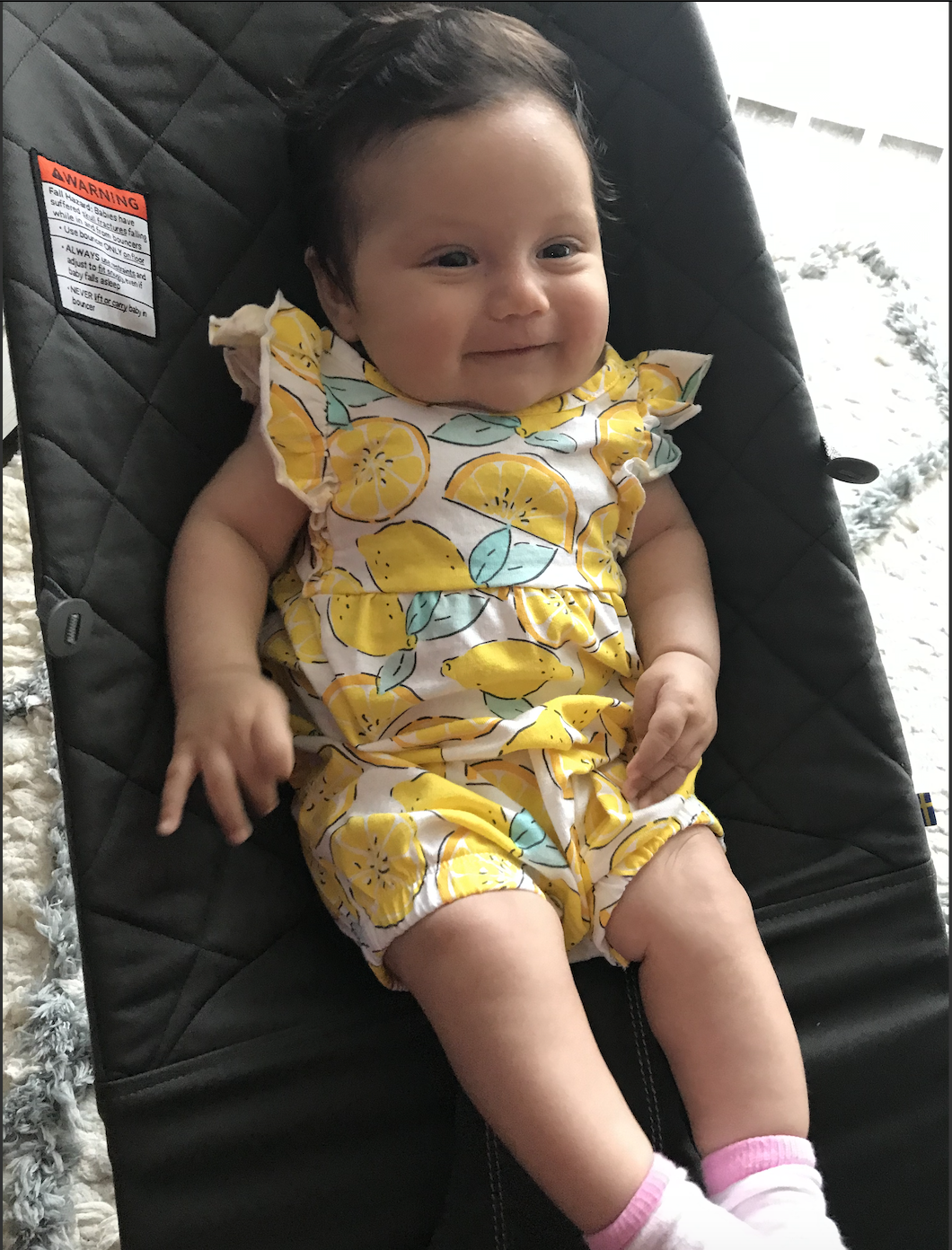 She can sit in the bouncer for up to 30-45 minutes before getting fussy. That might seem like a short amount of time, but trust me, it’s enough.

I can unload the dishwasher, make breakfast, eat, get a few push ups in and shower while she sits in her bouncer listening to Dave & Ava Songs on YouTube. Yes, Mama.

We were due April 10th. I think we bought our car seat in late March. We didn’t buy our stroller until early May.

For the car seat, we ended up getting the UPPAbaby Mesa. UPPAbaby is the Apple of Baby Travel Systems. It seems like everyone has this brand of stroller + car seat. It leans towards the expensive side, but I think the quality is worth it. 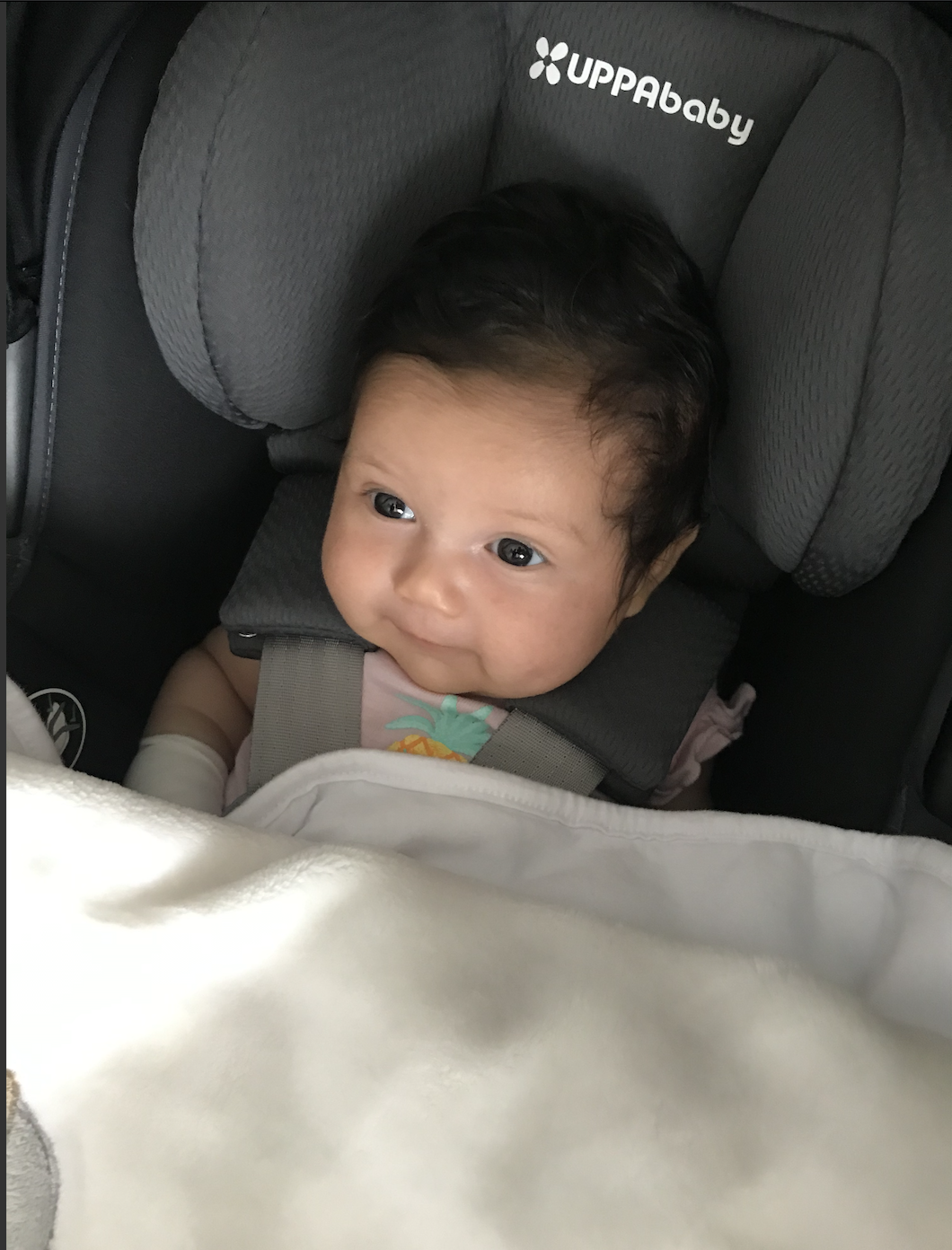 For the stroller, we went with Mockingbird, which is basically a "knock-off" version of the UPPAbaby stroller. Solid product. If I had to make the decision again, I’d choose the same. 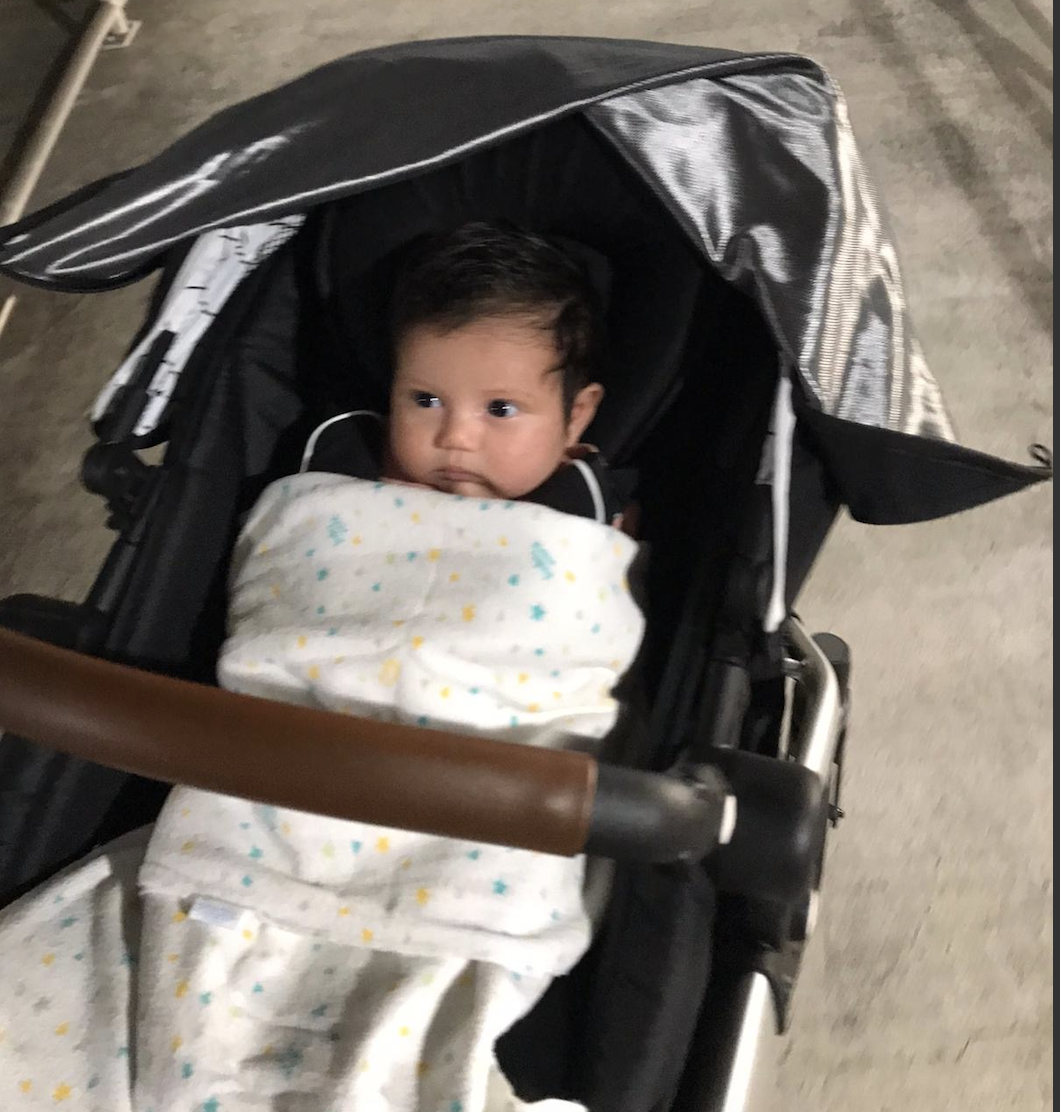 I’m mentioning the travel system because I couldn’t believe how much of an impact getting out of the apartment would have on Luna’s sleep patterns. We noticed she slept much better on days we went outside than the days we didn’t.

We’ve been going out twice per day. Once in the morning for a coffee. And then in the afternoon for a walk in the park next to our building, weather permitting.

Before Luna was born, I balked at the idea of getting a stroller. I said, “We NEVER go for walks, why would that change with a baby?” I am so dumb. I couldn’t have been more wrong. Going for walks with your baby is awesome.

The inside of the womb apparently sounds like white noise. That’s why it’s so easy to calm a baby down by simply shushing in their ear.

We use two different sound machines to calm Luna down when it’s time to sleep. First we turn on the SoundSpa by Homedics, which plays a constant white noise. It plugs into the wall so there’s no risk of the battery dying.

If she needs a little more help, we use the BabyShusher which stays on for up to 30 minutes at a time.

These two sound machines are the perfect 1-2 punch to knock Luna out for day-time naps and night-time sleep.

Babies are incredibly sensitive to light. Around 8 weeks, Luna was waking up every morning around 5am as soon as the first light of the day creeped through our blinds.

That stopped once we got these pleated paper blackout window shades. 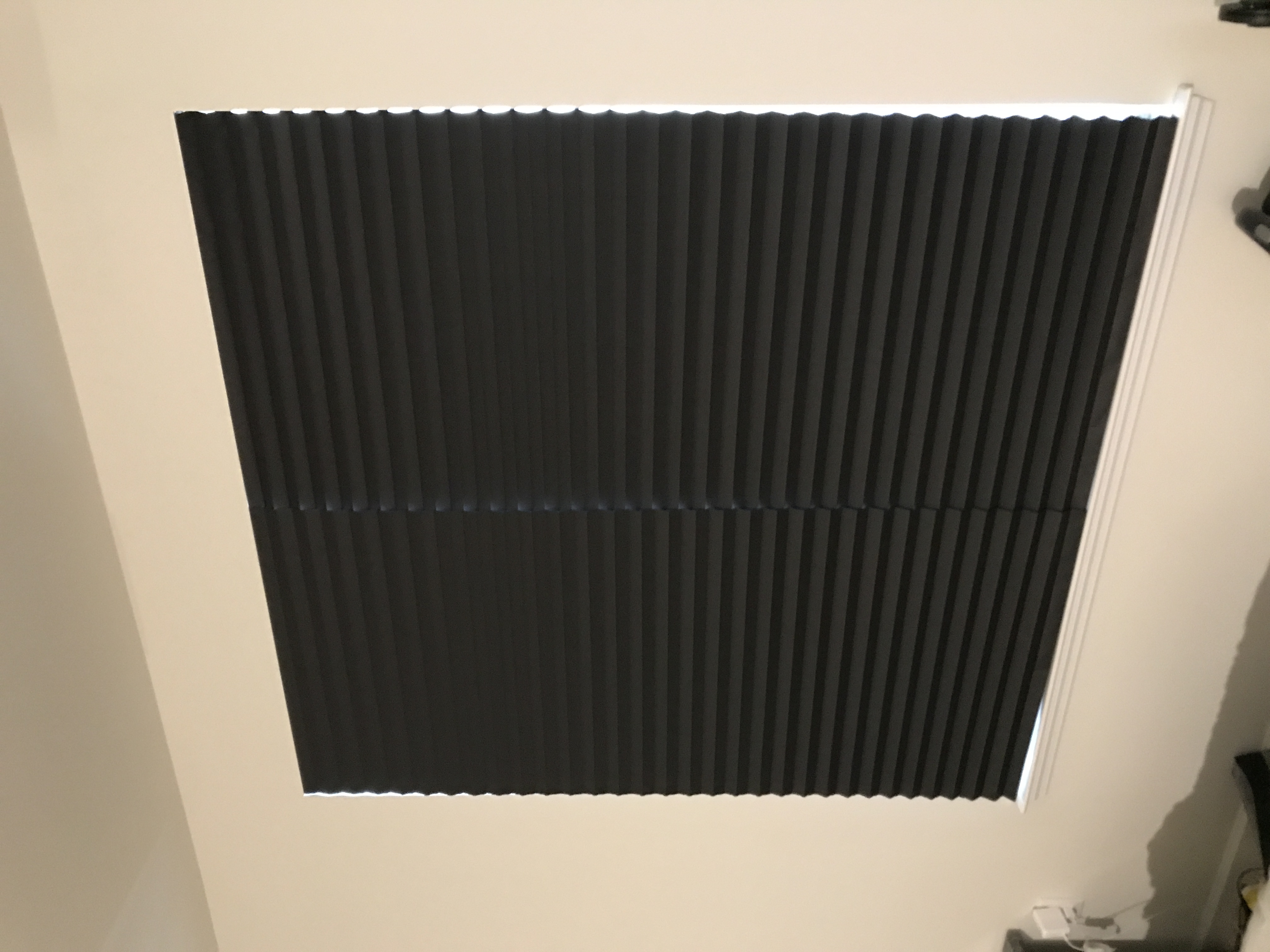 Not only did these shades help keep her asleep during the early morning hours, but it also helped her fall asleep quicker for her day time naps.

I saved the best resources for last. Everyone wants to know the secret to getting a baby to sleep through the night.

Sleep is a 2 steps forward, 1 step back progression. It gets better over time as long as you stick to your system.

The systems we used came in the form of 4 books and 1 online course.

@TakingCaraBabies also has an Instagram page where she posts a bunch of tips on baby sleep. Follow her if you’re not already.

Every baby is different. What works for one newborn may not work for another. So please take my suggestions with a grain of salt. This list of tools worked well for us, but they may miss the mark with your baby.

I think one of the most important things I’ve learned in this process is to just try and see what works. At this early stage, everything is basically an experiment. You can’t go wrong trying new things when a certain way isn’t working.