What do you think they’re talking about?

Netflix will have you believe they are all clearing their consciences. Each of them are lamenting the role they played in helping create the platforms that are “ruining” our society today.

The Social Dilemma is the latest Netflix Original Documentary that does a great job selling the audience on its message: the dangerous human impact of social networking, with tech experts sounding the alarm on their own creations.

From the very first minute, the documentary does a good job setting a tone of anxiety. The eerie instrumental music is only surpassed by the interviewees rubbing their sweaty palms on their knees, which also happen to be bouncing uncontrollably.

Before I get to my “review’ of the movie, I want to say Netflix Documentaries are ridiculously convincing. While I do think there are inherent issues with the general population’s reliance and addiction to social media and the devices we use on a daily basis, I don’t know if I agree with all of the arguments this documentary makes.

?How We Got Here

Traditionally speaking, a tool waits to be used. Think of Microsoft’s Suite of products: Excel, Word, Powerpoint. Those are all technological tools that are there when we need them, and nowhere near top of mind when we don’t.

A Social Media Network is technology that manipulates its user by demanding her attention every second of the day.

The business model for a Social Media company depends on keeping you engaged, capturing your attention, and consuming your time.

Advertisers then pay these platforms for a slice of your attention. Taking it one step further, Netflix argues a social media network’s ultimate goal is to be able to gradually change user behavior outside of these platforms.

For example: if Facebook wants you to vote; they’ll pin a banner on top of everyone’s Instagram feed reminding them to register to vote.

The 3 main goals for social media networks, in order, are:

First they engage you by exploiting persuasive methods that are practically irresistible. Photo tagging is one such example. How can you resist checking a photo you were tagged in?

The simple growth model for Facebook in the early days was, “10 connections in 7 days”. If Facebook could manage to successfully suggest 10 friends within the first 7 days of a user being on the platform, they know they have you.

All of these efforts lead to monetization. Businesses pay lots of money for your attention. These platforms, and the devices we use them on, have made it incredibly easy for advertisers to target you. It’s not a coincidence that a sponsored post by Chipotle is in your newsfeed a few minutes after you ask your girlfriend what she wants to eat. 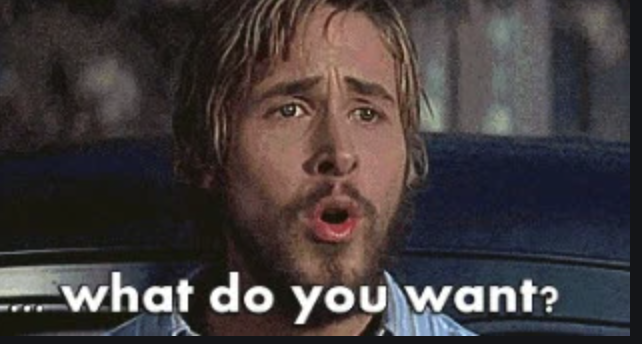 Here’s the story the documentary tells: Cell phones sold in Myanmar are pre-programmed with the Facebook app on them. The cell phone store owners even help each customer set up their Facebook accounts. To the people of Myanmar, Facebook = Internet = News = Truth.

Inflammatory posts about the Rohingya Muslims in Myanmar, which is a predominantly Buddhist country, start to go viral within the country.

In a statement, Facebook admitted that in Myanmar it was "too slow to prevent misinformation and hate", and acknowledged that countries that are new to the internet and social media are susceptible to the spreading of hate.

In this instance, was Facebook the actual culprit or just gasoline on the fire?

The Rohingya Muslims made their way from Bangladesh into Myanmar as early as the 1970s. Since then, they have been treated as less than. The Myanmar government refuses to grant the Rohingya citizenship or even count them in their census because they do not recognize them as a people.

With that history, how much of the blame can we attribute to Facebook?

The documentary claims suicide rates in young females has spiked since the popularization of Facebook.

One reason they give is Body Dysmorphic Disorder. BDD a body-image disorder characterized by persistent and intrusive preoccupations with an imagined or slight defect in one's appearance. People with BDD can dislike any part of their body, although they often find fault with their hair, skin, nose, chest, or stomach. 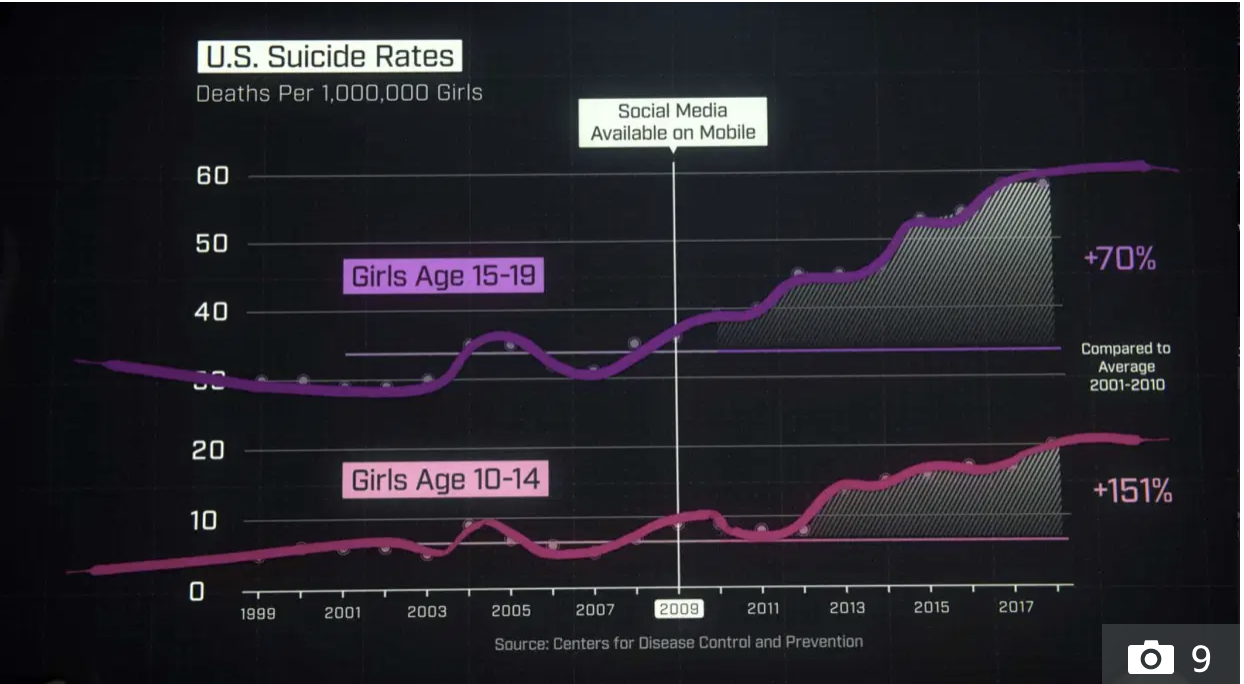 “Rates of suicide in the United States have historically been higher in male individuals than in female individuals across all age groups. However, 2 recent reports from the Centers for Disease Control and Prevention reveal that female youth are experiencing a greater percentage increase in suicide rates compared with male youth. A study of youth aged 15 to 19 years showed suicide rates for female individuals more than doubled from 2007 to 2015.”

It’s true, female youth are committing suicide at an increasing rate compared to their male counterparts.

Here’s the kicker: “This study is not without limitations. First, these data cannot explain underlying reasons for the narrowing of the gap between the sexes in youth suicide.”

It’s hard to ignore the timeline. However, correlation does not equal causation.

Type “...Is climate change...” into Google Search. What does your autocomplete suggest?

Here’s what it says for me. 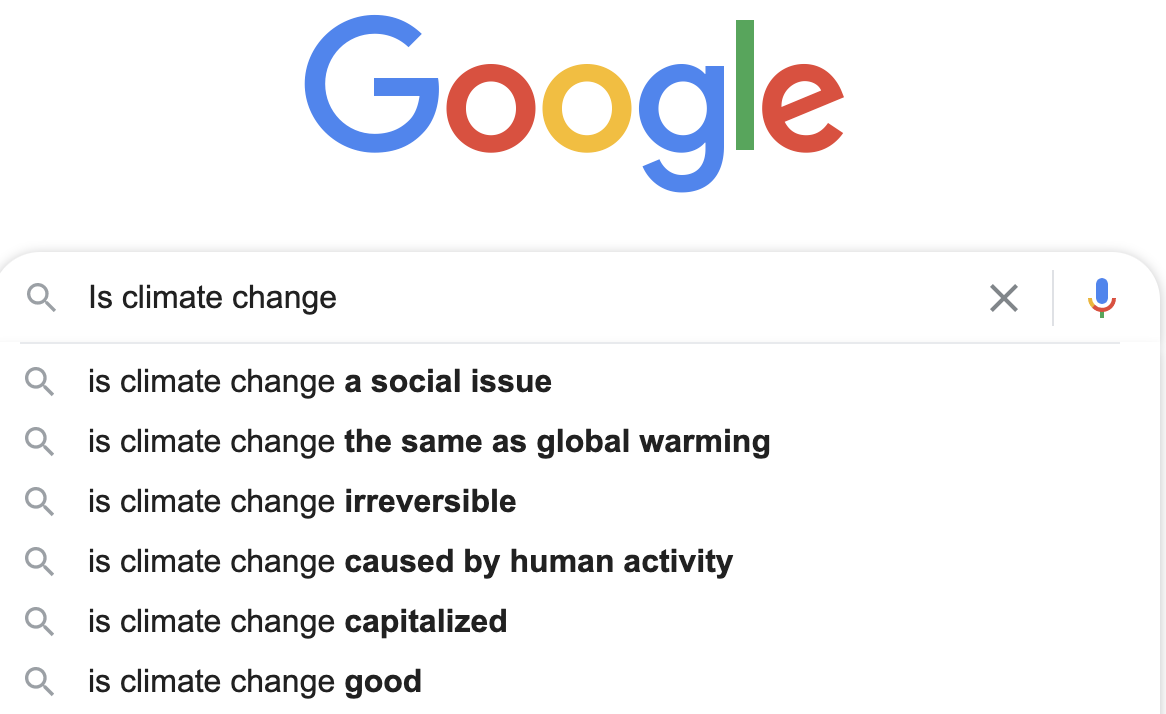 Google tries to autocomplete your search based on what it knows about you. In other words, your suggestion could be different than mine based on your location, political beliefs, religious beliefs, prior search queries, etc.

What does this mean?

The internet conforms to us. It makes us more us. There’s a technical word for this, it’s called confirmation bias. The Googles and Facebooks of the world present content to us that will keep us on their platforms.

They confirm our current beliefs by showing us content that supports it.

We are all living in our own individualized reality. There are ~2.7 billion Truman Shows running simultaneously. “if I don’t see you again, good afternoon, good evening, and good night!”

Do people in the middle exist? Are they allowed to exist?

I think the absolute first thing is awareness. If you think everything you see on Facebook (or any social media platform) is true, slap yourself and get a grip.

The fact is the internet is full of people sharing their opinions and presenting them as facts. The truth is there are so many unknowns in this world. Stop being so sure of yourself.

Secondly, educate yourself on the tricks being used to manipulate you.

There’s actually a school called the Stanford Persuasive Technology Lab. This is where engineers and designers learn what persuades people and turn that into technology. The goal is to modify someone’s behavior to your advantage by programming unconscious habits deep into them. Sounds like Inception? Yeah, pretty much.

Third, realize willpower and self-discipline are limited, at best. If there are cookies in the pantry, you’re going to eat them.

If you want to make a conscious effort to spend less time on social media, but don’t want to give it up completely, delete them from your mobile devices and only use them on desktop.

Get a hobby. I’ll be the first person to admit I primarily use social media as a digital pacifier to soothe feelings of boredom or loneliness.

Everything I suggest above is directly in your control. Changing the business model of social media companies, not so much.

However, Tristan Harris is taking the social media giants head on. Tristan is a former Google employee that abandoned ship to become Co-Founder and President of an organization called, Center For Humane Technology.

One idea is taxation of data collection.

I don’t see how asking the government to get involved is going to solve this particular issue, but it’s a thought.

If you want to learn more about Tristan, I suggest you listen to this episode of the Tim Ferriss Show. I found him fascinating and incredibly eloquent.

Ask yourself if things are getting better or worse?

The fight for attention is not going to end. Artificial intelligence and machine learning technology is getting better each day. Social Media companies know more about you than you think you know about yourself. Technology is constantly trending towards invading our physical and mental privacy even more.

Take a step back.

These Netflix Documentaries can be so damn convincing. I’m on the fence here.

At the same time, I’m not sure I believe correlation = causation for some of the arguments this documentary was trying to make.

If you want to learn more about this topic, I suggest the following books: