Often times a fix and flip takes longer to complete than originally projected. How you structure a deal and who you’re doing business with can make or break you. Fortunately for me, I partnered with Matt Faircloth (again) for my third Private Lending Deal. We had some struggles along the way, but we both walked away in the black.

This deal was a bit larger than the last one we did together. There were also numerous outstanding liens on the property before we acquired it. These are just some of the liens we paid at close:

The purchase price for the property was $225K. With liens, closing costs, and other misc. costs, the total acquisition price for the property was $257K (according to the HUD statement). The Rehab budget for this project was similar to our last project: $110K. When Matt called me with this opportunity, I felt like it was too big for me to take down alone. I told him, “I can do 75% of acquisition if you give me a first lien and find the rest of the money somewhere else”. I was secretly hoping he would find someone else to fund the entire project.

Low and behold, he called me the next day saying he had someone lined up for the rest of the money if I was still interested in doing 75% of acquisition. I hesitated.

He noticed my pause and asked a simple question, “What’s it going to take for you to do this deal?”

I took a deep breath and set forth my terms, “75% Loan to Cost on Acquisition only, first lien, 12% interest, 6 month term”.

His reply was too quick, “Done. I’ll send you the wire instructions via email”. He hangs up as I think to myself, “Damn, should have asked for more.” Admittedly, this deal was way better than the first deal I did with him. You can read about that deal here, or you can be OK with knowing I only made 8% interest on that deal and Matt had to come to closing with a check to pay me off.

Before we get there, how about some pictures? One thing’s for sure. The DeRosa Development Company does top notch work on all their flips. 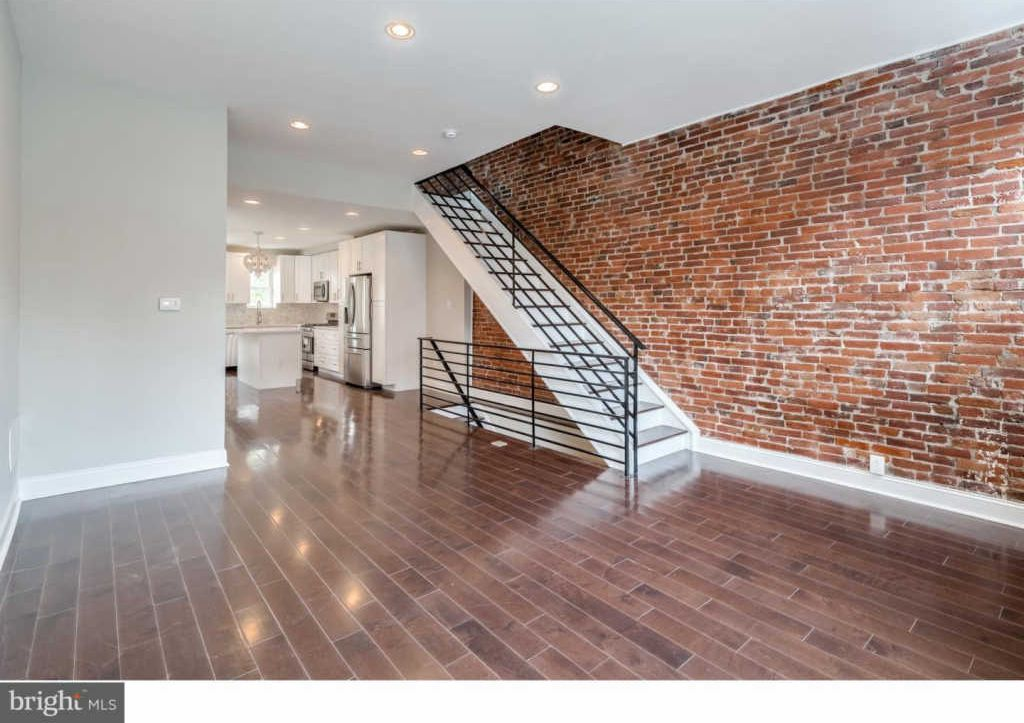 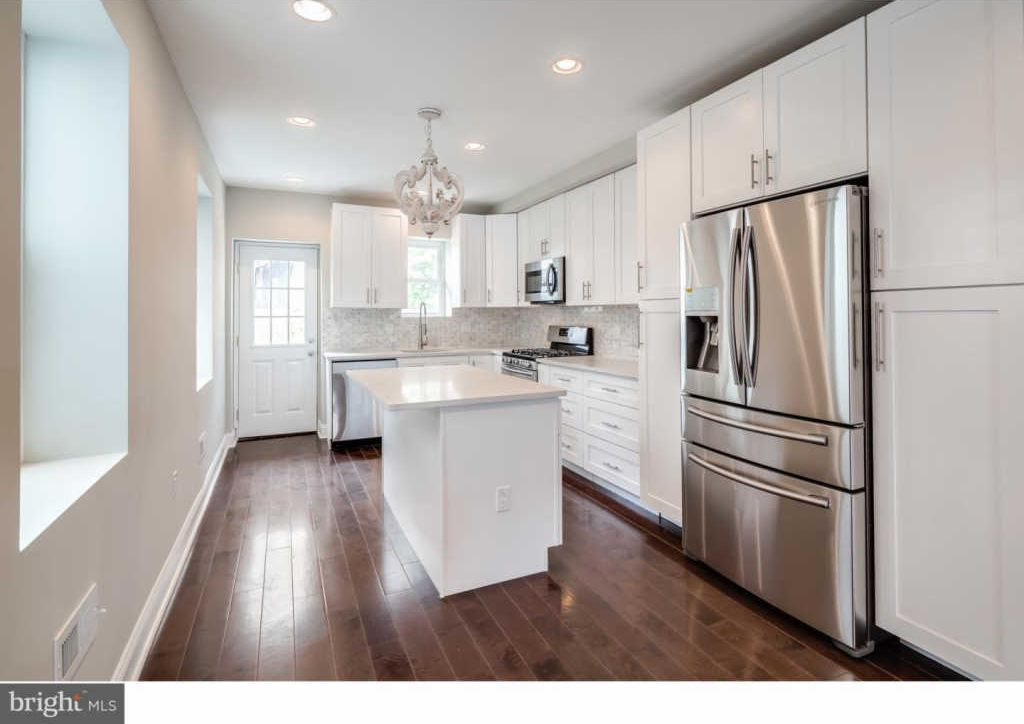 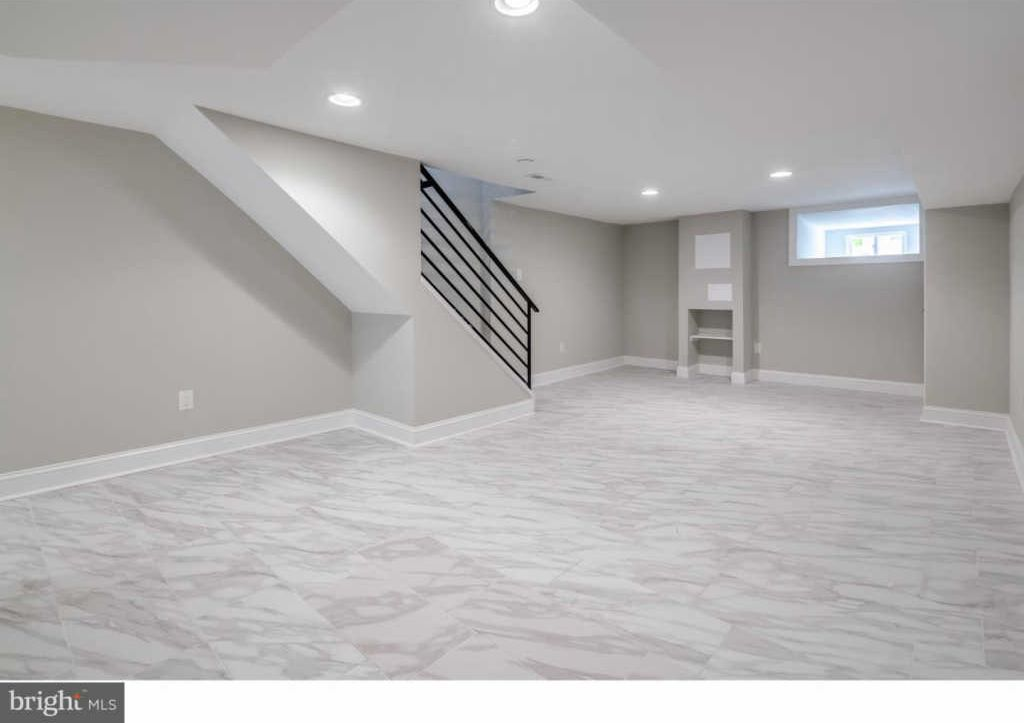 They really turned this place around. There were just two major problems: 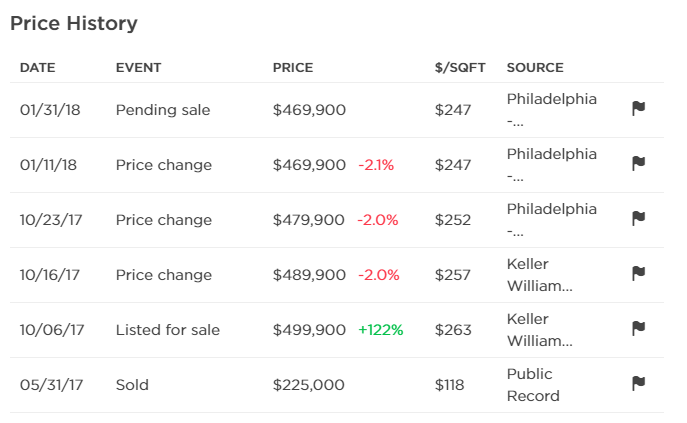 The property was listed on 10/06/2017, just a month and a half before maturity. It would literally need to get an offer at full ask on listing day to get to close in time. That didn’t happen.

The penalty for passing the Maturity Date was a 2% of Principal and Interest, plus going into “Default”.

Here’s how to calculate that:

The penalty is just a slap on the wrist compared to the risk of going into “default”. Defaulting on a loan is obviously a terrible situation no one ever wants to find themselves in, as a lender or borrower.

I was keeping close tabs on the project. As the maturity date neared, I reached out to Matt to explore our options. Here’s the timeline on how it all went down:

I sent an email to the Matt asking what needed to be done regarding the impending “default”. He called immediately and let me know there was a “clause” in the note that reads, “It is agreed that the Maturity Date may be extended for up to an additional two months, upon written consent between myself and the lender”.

He was right. I missed this sentence on my initial read through of the draft note. He sent an email later that same day requesting an extension and I agreed immediately, although reluctantly. The new Maturity Date was set for 2 months later: 01/19/2018.

Reflecting on my mistake: At first, I was upset with myself for missing that extension clause in the note. However, on second thought, I was also relieved it was there. I’m terrible at confrontation. Especially when it comes to money matters. So the easy solution was much appreciated.

I mustered up the courage to be proactive. I didn’t want to wait until the new Maturity Date, 1/19/2018, to start talking about what would happen next. So I emailed Matt again asking, “What would happen if the house doesn’t sell by 1/19/2018?”. I made sure to offer a solution as to not leave it open-ended. My offer was intended to be an "anchor" from which the negotiating would ensue.

Matt is an expert negotiator. I know this from experience. Not only from stepping into the ring with him, but also from his great advice when I'm dealing with someone else. After we finalize a deal, he'll walk me through how I could do better next time. OK, Back to the my "anchor" offer...

“I would love to give another extension to help you avoid default. However, the fee for doing so would have to be greater than the current 2% penalty on P&I. If you are unable to fully repay the P&I on or before 1/19/2018, I propose changing the terms altogether to 12 months total at 15% from the date of origination. So the new maturity date would be 5/19/18 and the interest rate would be 15% dating back to 5/19/17.”

Matt appreciated the offer and thought it was fair. But he did ask if I’d be willing to consider a less harsh punishment if there was a buyer under contract before 1/19/2018, but closing happened after 1/19/2018.

I agreed and replied with a very specific scenario.

I told him: if the home is under contract with a serious buyer before 1/19/18 with a closing date scheduled for after 1/19/18, I will waive the 2% penalty and not pursue default as long as all of the following conditions are met:

He agreed to the terms and we moved forward under those two agreements. Things were looking good as we received an acceptable offer before 1/19/2018. Which we did, surprisingly! When Matt called to wish me a Happy New Year, we had an offer on the table. Things were looking up. Unfortunately, the buyer got cold feet and exercised one of his clauses to get out of the deal.

Thankfully, this exact scenario was accounted for. We were forced to revert back to the original option. We amended the terms of the note from 12% for 6 months to 15% for 12 months. Everything else remained the same.

A few days after the new maturity date (1/19/2018), I sent a note via email to make sure the agreement was in writing.

I sent the following via email:

According to the terms of the note, a 2% penalty on principal and interest is payable on 1/24/2018 and the borrower, Derosa Development Company LLC, would be in default.

To help the borrower avoid a 2% penalty and default, I suggest the following changes to the original note:
Section 2: Interest
Change to 15% yearly interest (up from 12%)
Section 3-A)
Adjust the term to 12 months from origination. (up from 6)
The new maturity date is 5/19/2018.

The rest of the terms will stay the same.
You can request another 2 month extension at no cost, if necessary.
After 7/19/2018, the 2% penalty on total principal and interest up until that point will be payable on 7/24/2018 and the borrower will be in default.

If these new terms are agreeable to you, please confirm via email to memorialize the amendments.

10.5 months after acquisition, the property sells to another satisfied buyer.

I earned $26K in interest on the deal.

Overall, I'm happy with the result. Obviously, I wish we could have sold the home faster to avoid the awkward conversations around extending the note. However, the bright side is Matt and I got to work through the issue together. We built an even stronger relationship to tackle the next deal.

I'd love to hear your take! Let me know how I did. Please leave a comment below with your thoughts or any questions you might have. Also, make sure to sign up for my newsletter. That will ensure you don't miss my next post!