I’ve been carrying the same backpack to work everyday since Dia gifted it to me a few years ago. Over time, it’s become heavier and heavier.

I felt like an old man trying to pick it up every morning. I would let out a small grunt as I threw it over my right shoulder. I couldn’t take it anymore.

So like any normal person would do, I decided to weigh the backpack. I went to our scale in the bathroom and did the old “weigh your luggage” trick.

You know the one: when you hop on the scale to weigh yourself, then hop off to let it reset. Then get back on the scale while awkwardly holding your luggage. The difference is the weight of the luggage.

*I’m just now thinking this might be something only immigrant parents do before their annual trip to their motherland with 4 checked bags...

Other things that weigh 15 pounds: 2 gallons of water, the bowling ball your strongest friend won’t even use, 20 cans of soup, 3 chihuahuas, and of course… 2 human heads 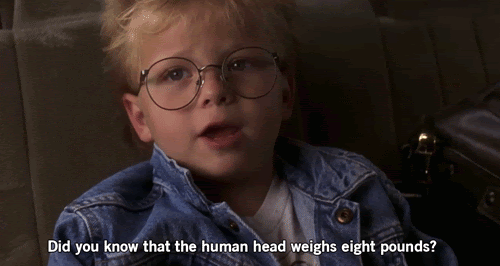 It was shocking because I couldn’t remember the last time I took anything out of my backpack besides my Muji planner. (Sidenote: Muji makes amazing stationary and pens).

I couldn’t help but wonder, “What am I carrying around that weighs 15 pounds?” So I did the next thing any normal person would do. I took everything out of my backpack and laid it on the bed. At one point or another, I needed all of these things. Today, I only need one: the planner. So why am I carrying around so much stuff?

I don’t need the laptop. I use a desktop in the office. I only use the laptop at home on nights and weekends. Why am I carrying this with me to work?

I don’t need to carry around these folders full of papers. They are all from prior real estate transactions or random print outs. These can either go in the garbage or get filed away in the office.

I don’t need to carry any of the books. I finished Range months ago. I’m not going to finish Be Prepared because I don’t love the author’s style. Traction was a gift from one of my business partners. I’ve heard great things, but it’s not what I’m focused on learning right now so it can go in the “read later” pile. Thanks, Gabe!

I don’t need to carry around a Thank You Card. We have a shoebox for things like this.

I don’t need to carry around an extra iPhone. My friend gave this to me when Dia’s phone broke, but we fixed it. I need to prioritize giving this back to him. Thanks, Griv!

I don’t need a bank envelope. This is just so random, I don’t even know why I have it.

I don’t need to carry around a checkbook and renewed version of a credit card I don’t use. This is unsafe. We have a place for things like this. I’ll use the bank envelope as the enclosure.

Tissues and allergy medicine take up no space, weigh nothing, and come in handy in a pinch, so they get to stay.

Ahhh. A literal 14 pound weight off my shoulders. I wish everything I struggle to let go of could have this kind of easy to measure, tangible result.

As I was doing this backpack audit, I couldn’t help but think the same thing happens in so many areas of life.

As time goes by, we tend to collect more of basically everything.

Until we reach a breaking point. Where the stress and effort of holding on far exceeds the benefits of just letting go.

?Why Letting Go is Hard

One of the most famous examples of the endowment effect is from a study by Daniel Kahneman, Jack Knetsch & Richard Thaler, in which participants were given a mug and then offered the chance to sell it or trade it for an equally valued alternative (pens). They found that the amount participants required as compensation for the mug once their ownership of the mug had been established was approximately twice as high as the amount they were willing to pay to acquire the mug.

People demonstrate "a greater tendency to continue an endeavor once an investment in money, effort, or time has been made." This is the sunk cost fallacy, and such behavior may be described as "throwing good money after bad," while refusing to succumb to it may be described as "cutting one's losses. For example, individuals sometimes order too much food and then overeat just to “get their money's worth”.

Roughly speaking, losses hurt at least twice as much as gains make you feel good (Khaneman, 2011). This is why in social interactions it generally takes at least five kind comments to offset one critical comment (Baumeister et al, 2001).

Dia and I had a lot of clothes when we left my parent’s house to move into our first apartment. We had so many clothes we filled up two closets, a dresser, and 4 full sized suitcases that lived under our bed.

During the 2 years we stayed in our first apartment, we hardly touched the suitcases full of clothes. When we decided to move again, we made a concentrated effort to minimize our clothing footprint.

Of course, I bought a book: The Life-Changing Magic of Tidying Up: The Japanese Art of Decluttering and Organizing by Marie Kondo

Marie Kondo leveraged the popularity of her book into her own Netflix Show.

The basic idea is this: throw ALL your clothes into a pile on the floor or on your bed. Go item by item and ask yourself some variation of the following questions to determine whether or not you should keep or discard.

Do not store items as you go. This slows everything down.

From our respective piles of clothes, we went item by item and made 3 other piles:

Dia created an account with Poshmark (ebay for clothes) and made a couple thousand dollars selling clothes we didn’t wear anymore that were in too good condition to donate.

If you have questions about selling clothes on Poshmark, text her. If you don’t have her number, DM her on IG: @dianaagco

Finally, we implemented a rule for buying new clothes: 1 in = 1 out. Decluttering, if done right, only needs to be done once. However, Dia and I suffer a bit from materialism. We like new things.

The idea is: if we buy something new (shirt, pant, jacket, shoes, etc), that means we have to get rid of something we currently own. This strategy satisfies our materialism and prevents us from accumulating too much stuff.

Ownership is not limited to material things—it also applies to ideas. Once we take ownership of an ideology, about politics or sports for example, we tend to value it more than it is worth.

Letting go of an idea or belief is difficult because it’s a threat to our identity. It takes a lot of work to change your mind about something.

Limiting Beliefs: False beliefs we have about how the world works and what’s possible that hold us back from achieving our potential.

Here are some stories I used to tell myself but broke away from over the years. In no particular order or impact, they are:

Of the 600 million Indian dudes on the planet, there’s like 2 or 3 who look decent without a shirt on. I accepted my fate as either fat or skinny fat. It took years of work on my mind & body to break through that belief. I’m no Brad Pitt or Sly Stallone, but in the right light and a few weeks of strict dieting, I can manage to eek out the Chris Pratt look from Guardians of the Galaxy 1.

I had no basis for this belief as I was just regurgitating what my parents generation fed me. Turns out, ownership has a lot of irrecoverable costs that can make it more expensive than renting. After spending a lot of time learning about real estate, I know there are costs and benefits to renting and buying and most importantly, one size doesn’t fit all.

This belief stemmed from my parents pulling out of the market after the 2001 dot com bubble. I missed out on more than half of one of the greatest bull market runs in history (2009 - Current). I could have started investing back in 2011 when I got my first job. I was too afraid. We didn’t start investing in the market until 2016.

I’m so embarrassed by this. The best workout and diet is the one you enjoy and can stick to. Adherence is so much more important than anything else when it comes to exercise and nutrition. I still CrossFit, but my Fruity Pebbles are far from Paleo.

The main benefit of letting go is creating space.

Try to create space whenever you can. Discard things that don’t serve you. Question every belief. So much of what we have or “know” was thrusted upon us instead of acquired organically.